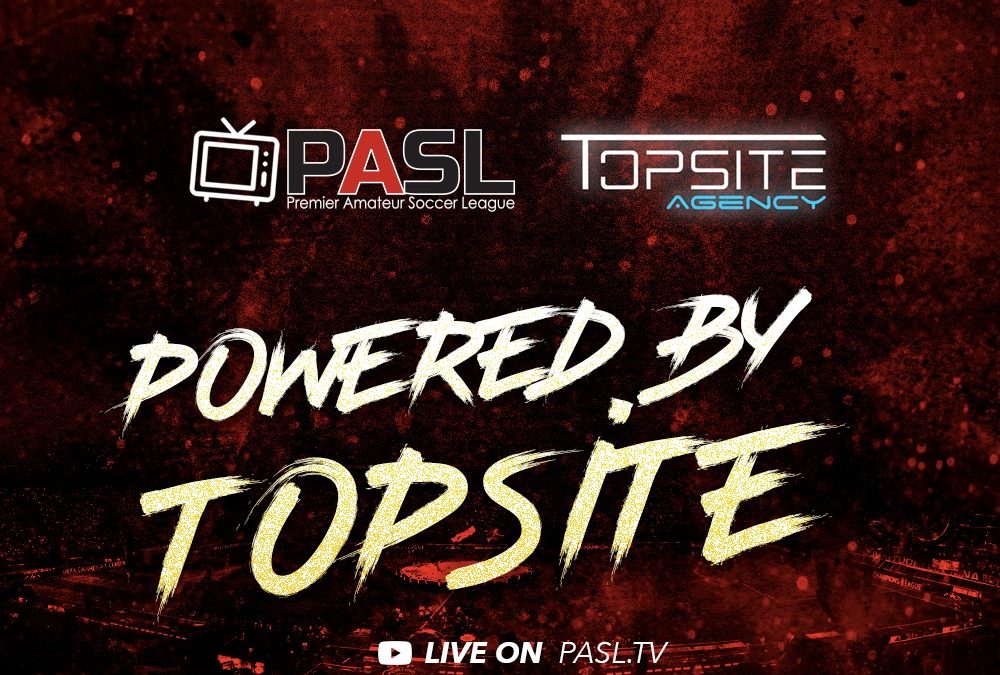 The Premier Amateur Soccer League (PASL) has launched its own YouTube channel PASL.TV and work exclusively on video content in the Spring Season with Miami based TopSite Agency.

All PASL Spring Season matches will be streamed with live commentary. Production will be provided by TopSite and streamed via PASL TV.

Each week, TopSite will produce for PASL a weekly magazine program which will also air on pasl.tv.

“With the launch of PASL TV we’re delivering on our commitment to give the best high level experience we can to the fans of our member clubs.” said Douglas Heizer, PASL Commissioner.

Coverage of the PASL on PASL TV kicks off with a magazine program later this week and then the first weekend of PASL matches on Saturday, March 13.

Both matches will be held at Paradise Sports Complex in Naples, Florida

During the Spring Season, PASL will hold matches in one venue each weekend due to COVID-19