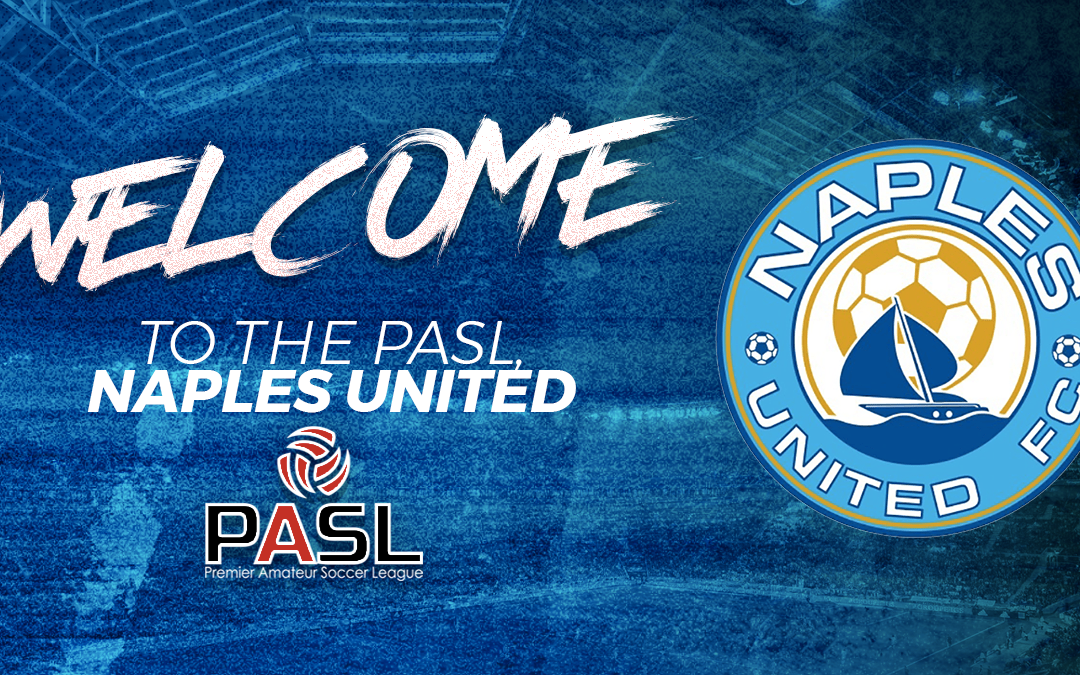 The Premier Amateur Soccer League is delighted to announce that Naples United FC has joined the league for the 2021 season.

A staple in the Naples area since its inception in 2017, Naples United FC becomes the second team to join the PASL for the winter tournament in 2021.

“Expanding the PASL to Naples is a no-brainer,” said Interim Commissioner, Douglas Heizer. “Naples United is a top class organization with the right idea to grow the beautiful game in the state of Florida and joining with the PASL is a win-win.”

During the playoffs, the club was defeated in the first round by fellow PASL members, Miami United FC. Nevertheless, despite the defeat, Naples United FC’s results in 2019 allowed them to qualify for the 2020 U.S. Open Cup.

Naples United FC will play in the 2021 PASL Winter Cup as they prepare for the 2021 NPSL Summer Season that will kick off in May 2021.

Since the PASL is sanctioned by the Florida State Soccer Association, all teams who compete in the PASL will have an opportunity to play in the U.S. Open Cup.