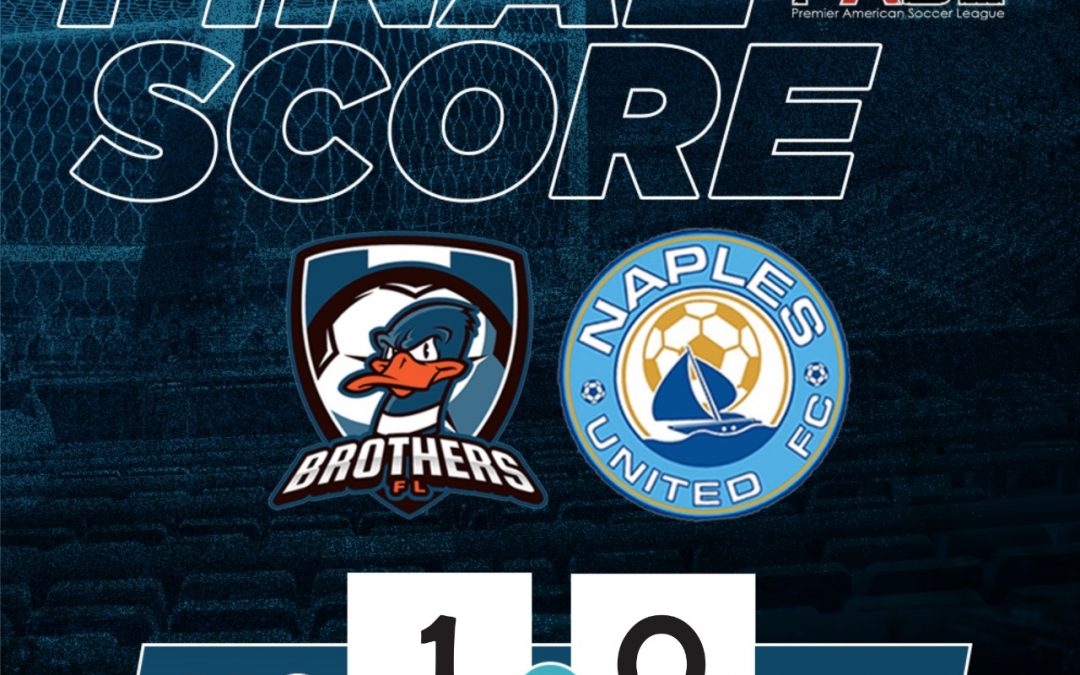 In the second half, Naples United FC created several opportunities but Brothers held on to record the club’s first victory of the season.