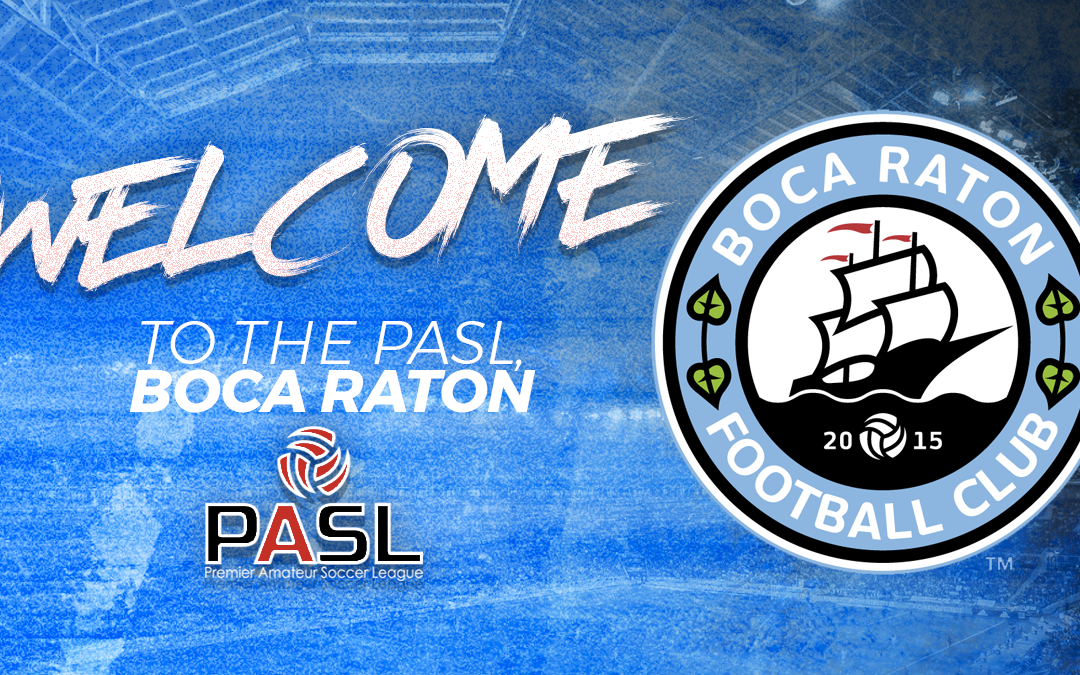 The Premier Amateur Soccer League is proud to announce that Boca Raton FC has joined the league for the 2021 season.

A household name in the local soccer scene since 2015, Boca Raton FC becomes the 4th team to join the PASL for the winter tournament in 2021.

Boca Raton FC has also seen success in the UPSL where the club is currently the South Florida Champions.

The club has played a number of high-profile games with teams such as the New York Cosmos, São Paulo, and FC Shakhtar Donetsk.

Boca Raton FC will play in the 2021 PASL Winter Cup as they prepare for the 2021 NPSL Summer Season that will kick off in May 2021.