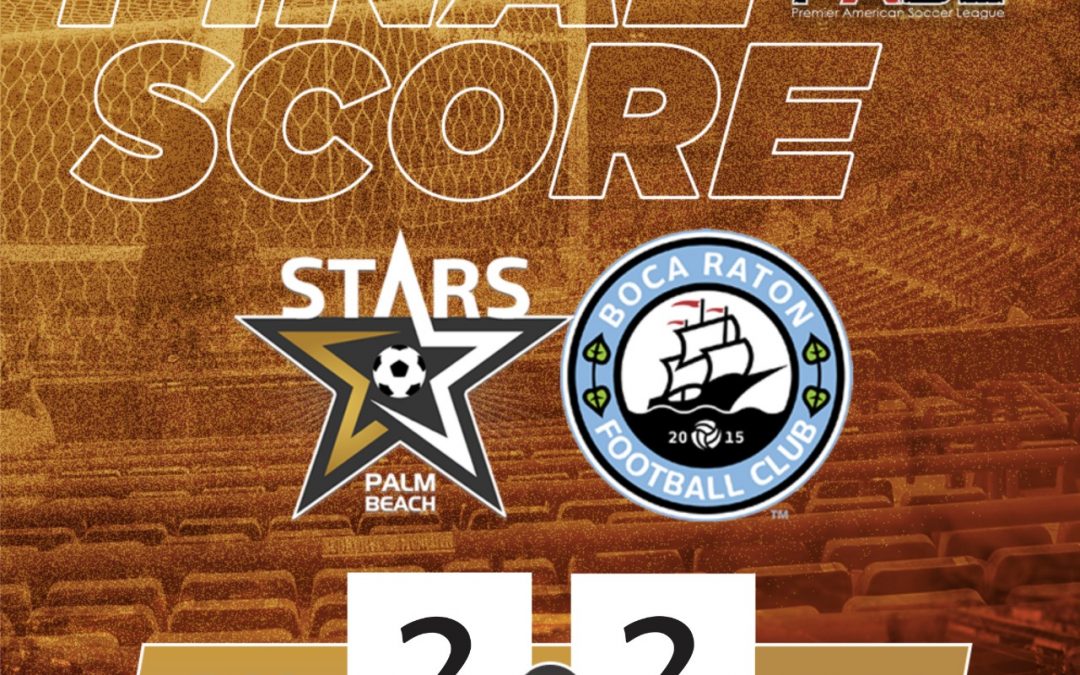 Palm Beach opened the scoring in minute four when Matthew Sierra connected with an in-swinging free kick by Juan Arapino. Boca Raton qualized in minute 12 by way of a goal from Bastian Mallea. The sides exchanged good opportunities throughout the remainder of the first half with Arapino hitting the post from a mazy run midway through the half, but the score remained 1-1.

The second half started at a similar pace with Boca Raton taking a 2-1 lead off a looping header from Ygor Lemos after a beautiful service from Allan Duarte. Lemos was booked for celebration and received a second booking for a hard foul on Sebastian Davalos about ten minutes later. After being fouled in the area, Arapino equalized from the sport to level the score at 2-2.

In the dying moments of stoppage time, Boca Raton had an opportunity to take home all three points but a shot on target was cleared right at the death.