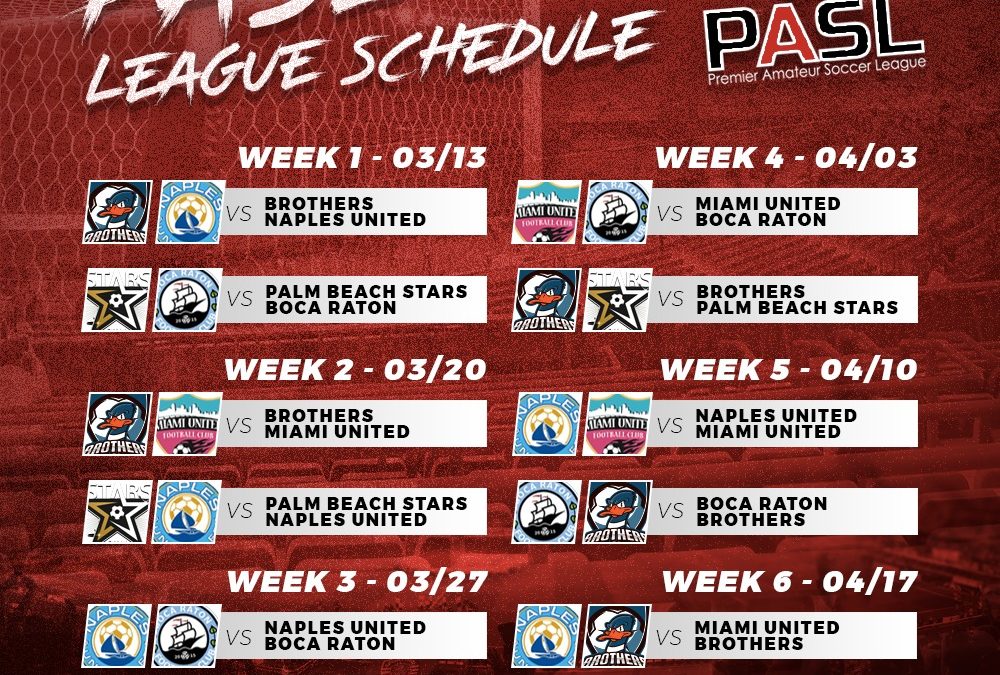 The Premier Amateur Soccer League (PASL) will kick off its initial campaign on March 13, 2021 with two matches.

Both matches will be held at Paradise Sports Complex in Naples, Florida. During the Spring Season, PASL will hold matches in one venue each weekend due to COVID-19

Miami United has the week off from PASL competition and will play its first match the following weekend on March 20 against Brothers FC.

All PASL matches will be streamed live. Details about the league’s media and streaming partnerships, COVID-19 protocols and how to watch PASL matches and additional PASL programming will be announced next week.

Full dates for matches are listed below.  Venue details and kickoff times for the schedule will be announced at a later date. 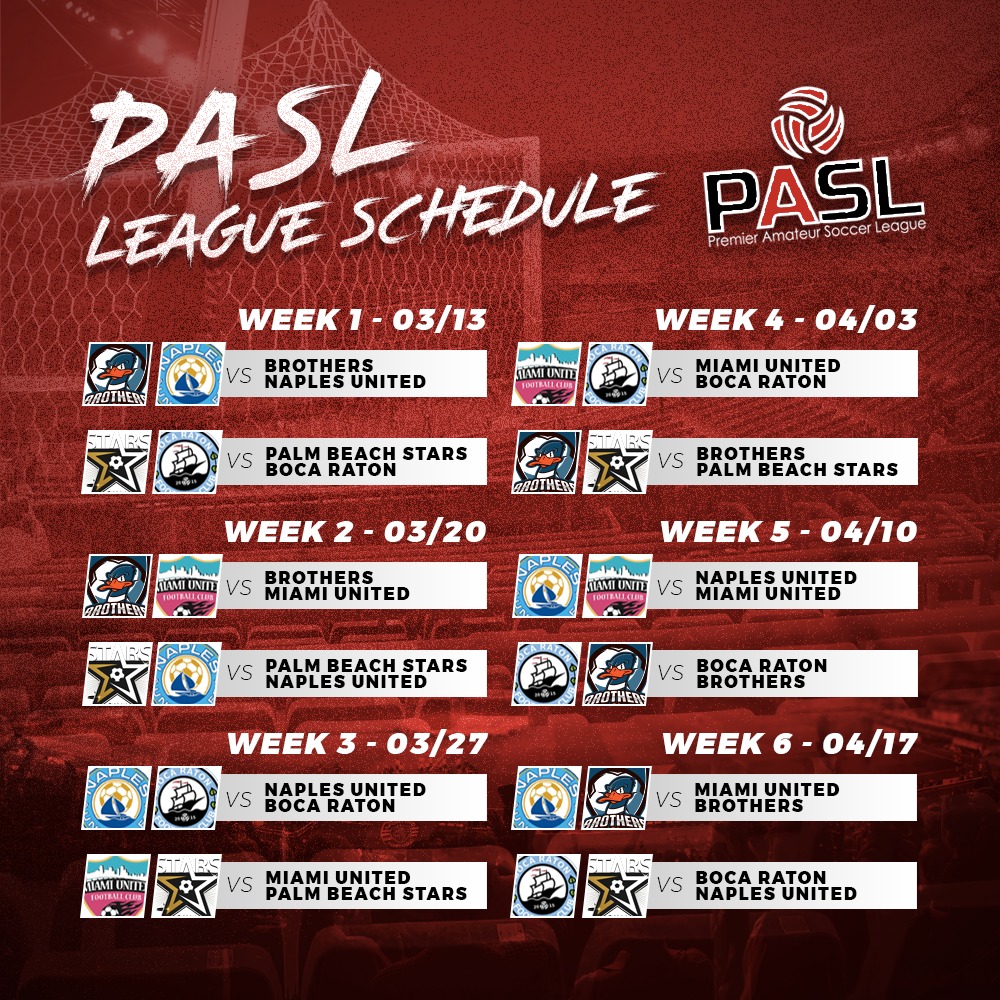 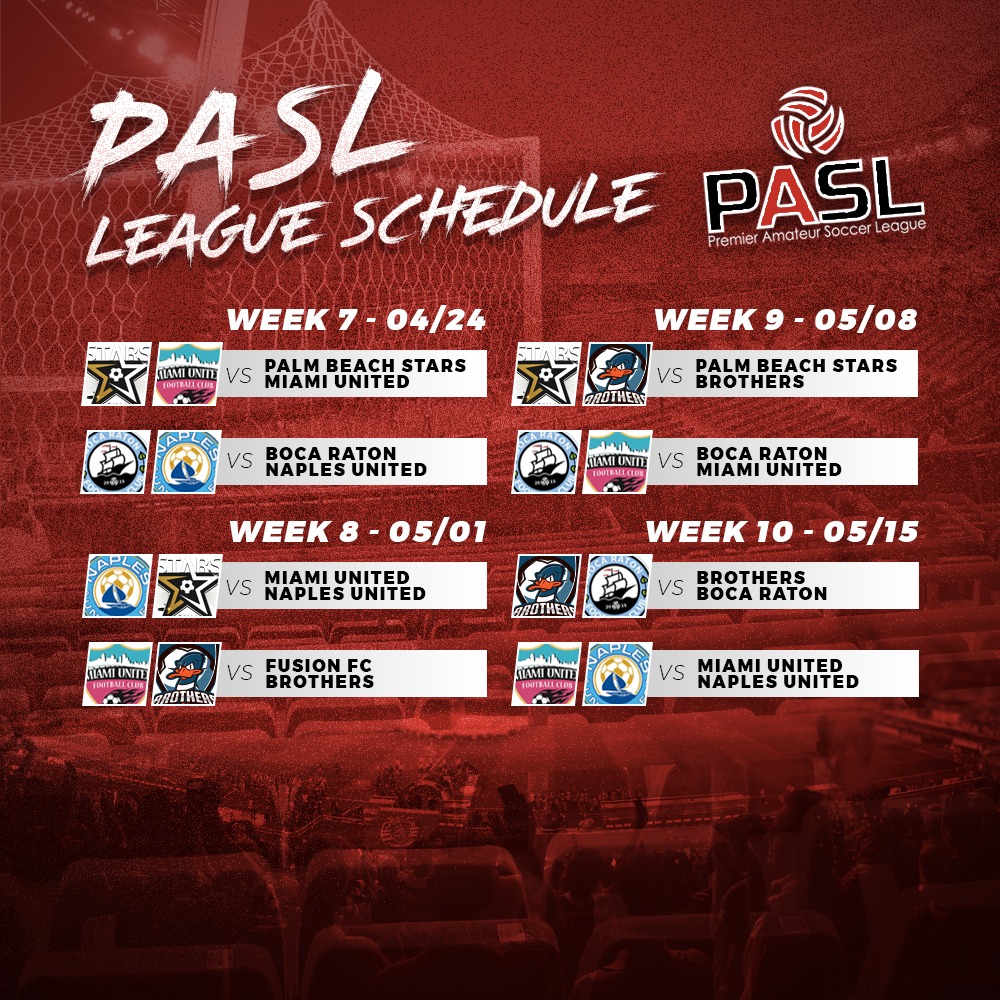